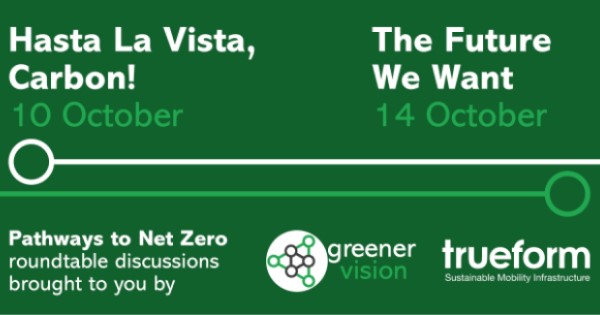 Our climate is heating up at great speed.  China is experiencing the longest sustained heatwave and drought in its history.  Catastrophic flooding has left more than 1,300 people dead and a third of Pakistan under water.  Half of Europe is in drought.  Meanwhile, Putin is using the supply of gas to Europe as a weapon in his war against Ukraine.

This is our new world.  At the root of all the perils we face is our dependency on fossil fuels.

The new UK government has ended the moratorium on fracking, given the green light for new oil and gas drilling and suspended green levies on energy bills.  However, we should be boosting the supply of cheap and secure low carbon energy and reducing energy demand.  Reducing demand across all sectors could deliver up to a 70 per cent reduction in global GHG emissions by 2050[i].

Successive UK governments have failed to grasp the nettle on energy demand reduction.  A technology led approach to decarbonising transport has delivered little progress since 1990.  A reduction in car mileage of at least 20% will be required by 2030[ii].

We cannot afford any backsliding on decarbonisation.  We need a strategy to tackle worst cost of living crisis in a generation that will also accelerate the transition to net zero and enhance our energy security.

The ‘Energy Price Guarantee’[iii] scheme announced by the government will help consumers and businesses in the short term, but it will reduce the incentive to cut energy use and will not protect the UK from blackouts.  Moreover, the freeze on bills is not well targeted, with a sizeable chunk of support going to wealthy households.  The approach as outlined on 8th September is neither sustainable nor affordable.

We need a long term targeted energy demand reduction strategy, which should include a universal carbon allowance and a package of energy efficiency measures including help for low income households to insulate their homes.  At least 15 million homes need energy efficiency improvements. The strategy would be funded by putting a carbon price on everything we consume and would be progressive as well as incentivising people to reduce their energy use.

Pricing properly for carbon would generate the revenue needed to tackle the cost of living crisis and ensure that the right level of targeted support goes to those who actually need it.  Importantly the rise in the world hydrocarbon price is sending the right price signal.  Pricing for carbon will ensure that this remains the case when the current energy crisis passes.

There are inherent policy challenges in delivering on net zero.  The siloed nature of government and lack of joined-up thinking militates against the cross-government approach needed.  Our fixation with cost-benefit analysis based on strictly linear GDP growth undermines net zero objectives and gives insufficient focus health and well-being, enhancing biodiversity, creating jobs, reducing poverty and increasing resilience.  Too often we focus on the wrong targets.

We need a new paradigm.  The cumulative effect of how we live today is putting massive strain on our ecological system.  We need to move away from short-term thinking and take a systemic long-term approach.  A net zero test for public policy would ensure cross-government policy alignment, that government sticks to the least-cost path to net zero and that net zero is considered early enough in the decision-making process.

The future we want

It is vital that government remains committed to net zero and maintains the UK’s strong world-leading targets.  Three-quarters of adults in Great Britain worry about climate change.[iv]  There is a strong appetite for action.  At the Pathways to Net Zero Roundtable Discussion Series 2 next month, we will hear examples of exciting and innovative solutions that are being developed across the UK, at the subnational, regional and local level.

Our dependency on fossil fuels is at the root of the climate emergency, as well as the cost of living and energy security crises.  It we are to wean ourselves off fossil fuels we must reduce energy demand, ensure that net zero is at the heart of all public policy decision-making and paint a positive picture of what a zero-carbon future would look like to help build the mandate for change and tough decisions for the long term.

Change of the magnitude required will require a shift in mindset and a new paradigm that recognises our fundamental interdependence with each other and the biosphere.