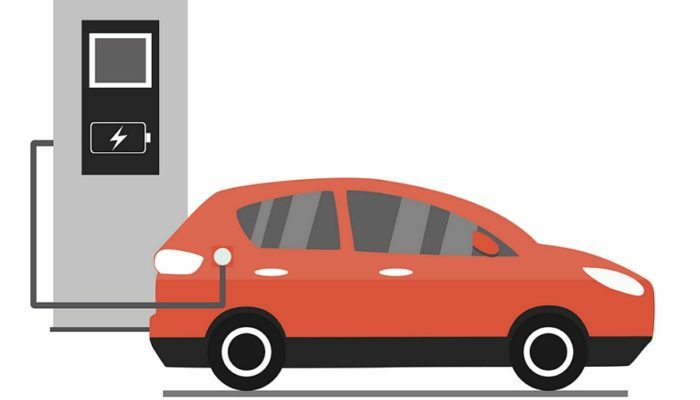 As I write the current fuel ‘crisis’ has seen forecourts up and down the country closed as supplies ran out in the wake of panic buying that saw long queues of drivers anxious to ensure that their tanks were full to the brim.

Those queues were a stark visual reminder of the scale of our reliance on the road fuel supply chain, and of the central role the car plays for many households – the risk of not being able to leap into the car to make a 200 mile journey is more than many care to contemplate, even if in reality their next trip is more likely to be 10 miles or less.

It is 21 years, almost to the day, when fuel duty protests across the country sparked a similar state of affairs. Politicians still get sweaty palms when reminded of those events more than two decades ago.

Viewed in isolation powered road transport, can be an expensive, dirty, time-consuming business that few of us can really claim to enjoy. But the fact is that it is also the facilitator of just about everything we do: going to work, getting to the doctor, doing the shopping, taking the children to school, enjoying our leisure time.

So we can be in no doubt that the Government’s transport decarbonisation ambitions are going to take something of a herculean effort if they are to succeed, as we must all hope they will.

One of the perceived advantages of vehicles with internal combustion engines is the ease with which they can be refuelled. Service stations are plentiful and the act of filling up the tank has become second nature. Which is one of the reasons why making the switch to plug-in electric vehicles is about more than making a simple decision in a car showroom.

Whilst electric car owners have to think about any number of unfamiliar questions – have I got the connecting cable? Is this charger the right speed for my car? Do I have the correct app on my phone to access and pay for my fuel? Is the charger actually working, and if it is, will some other driver have beaten me to it? – the rest of us can pitch up at any one of the 8,000 or so petrol stations in the UK safe in the knowledge that armed with nothing other than a bank card we can fill up in a matter of moments and be on our way.

For drivers already thinking of switching to EVs the sight of an electric car cruising quietly past the queue they’re stuck in outside the petrol station, praying that they get to a pump before the supply runs dry, might just have tipped the scales. As the decarbonisation strategy states, motorists are already making the switch to electric vehicles in record numbers. For those of us with the option of home charging – by our estimation two thirds of households in Britain have, or could have, off-road parking – an EV could be a more convenient option than sticking with an internal combustion engine that requires regular trips to be filled up. And if home charging isn’t an option there are increasing numbers of charge points available  at work, at the shops and on the street. Refuelling an EV is an activity that leaves us free to do other things while the battery gets topped up.

Automotive classified ad firm AutoTrader has said the number of searches for EVs across the last weekend was 60% higher than during the previous weekend, with EVs accounting for around a quarter of all advert views, compared with 16% in August.

That said, the charging ‘experience’ still needs to be much better, something government has recognised in launching its consultation this week on the regulatory framework that will be needed to ensure that the right charging infrastructure gets installed in the right places, is easy to use and totally reliable.

Meantime, what about the other strand of the decarbonisation strategy that suggests we might actually use cars less often? In 1995 the RAC Foundation published a report called ‘Car Dependence’ highlighting the extent to which the motor car had pervaded modern life, followed some years later by ‘The Car in British Society’. To a large extent we have not just accommodated the private car- we have designed our lifestyles and our towns around it.

That’s why we have backed the work of Transport for New Homes, a group advocating for sustainable transport options to be embedded in design protocols for new housing developments. Far too often new housing has been built in a way that effectively locks in car dependence, because of where the housing is located and how it is laid out in ways that make access hard for buses, and omits the provision of safe pedestrian routes to shops and other facilities. That’s also why we welcome the statement in the decarbonising transport strategy that DfT will be working MHCLG and the Local Government Association to place cycling, walking and public transport provision at the heart of local plan making and decision taking for new developments.

Transport, as those of us in the profession know, is a derived demand. Making the changes needed to achieve net zero carbon isn’t just about making changes to the vehicles we travel in, important as that is, it is about making changes to our lifestyles, and that’s going to require the sort of joined-up thinking that has rather eluded us so far. A tough call, as Grant Shapps recognises in his foreword to Decarbonising Transport: “Some, …, see change as unwelcome. But transport in this country, and every other country, is always changing, and always has changed. Our job is to ensure that it changes for the better, not the worse.”

Hear, hear to that, because we simply don’t have the luxury of waiting another 21 years for the next fuel crisis to come along.

This post was written by Steve Gooding. Steve is Director of the RAC Foundation